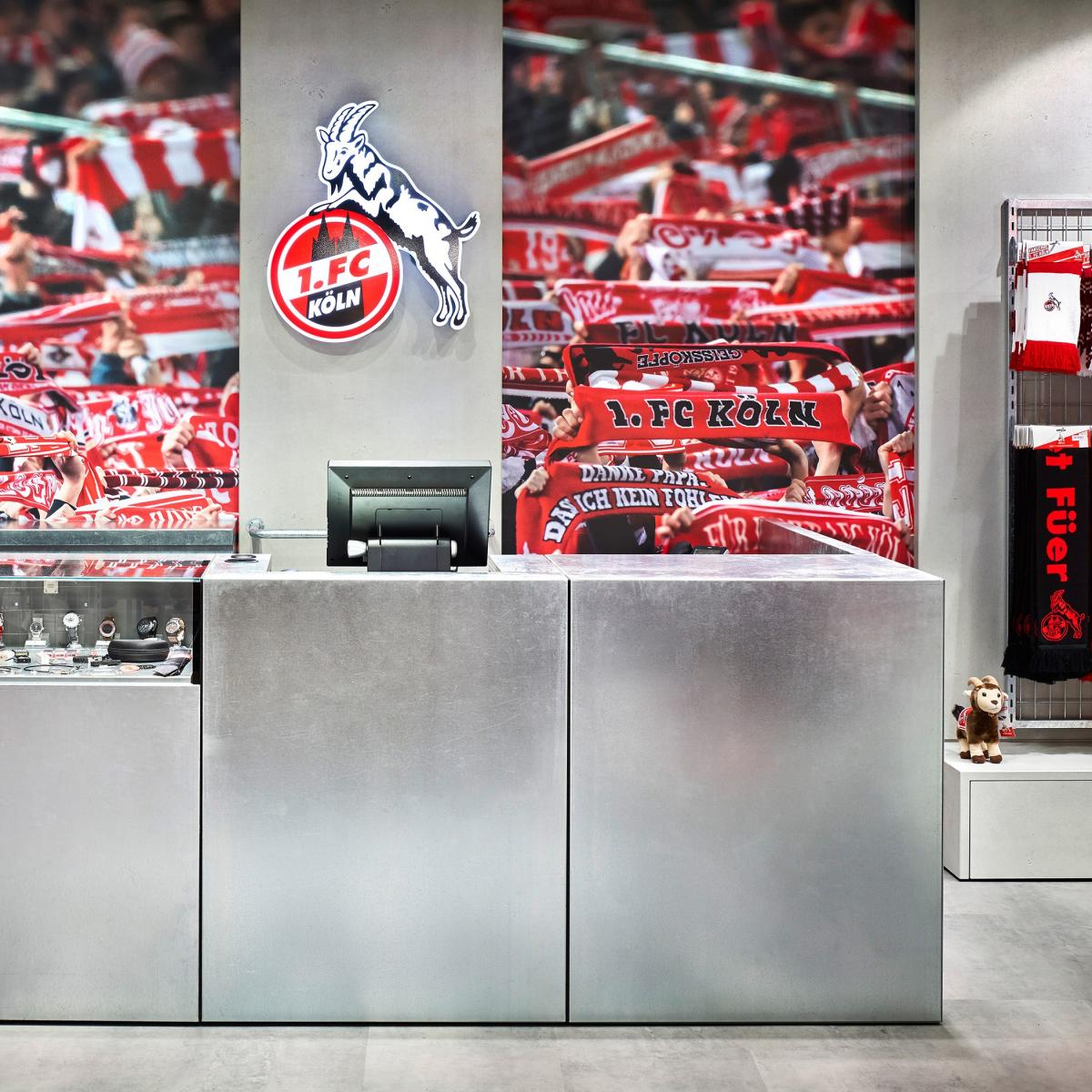 
„SPÜRBAR ANDERS“ means appreciably different and is the brand message of the popular German football club 1. FC Köln. The retail concept wants to make this visible and tangible in the new FAN WORLD.

Within the space it feels like being inside the Cologne football stadium. The FAN WORLD consists of two areas – the holy player's cabin and the standing room area. Changing room benches, lockers and tiles characterize the player´s cabin as well as two walk-in shower cubicles providing space for fan merchandise. The connection between the players' cabins and the stadium world is a stadium tunnel, sounds provide stadium atmosphere while walking through. The fully galvanized counter reminds of the standing room area in material and design language. Typical elements such as concrete steps, railings and fence elements stage products in an authentic environment.

Touchpoints like the “E-Büdchen” serve as link between the analogue and the digital shopping experience. The look of the omni-channel store element is reminiscent of a “Büdchen”, the typical Cologne kiosk. It integrates contemporary services into the store design – like a large touchscreen for online shopping and personalization. In addition to kiosk-typical fan merchandise it offers space for entertainment: on a large screen on match days the FC games can be seen. 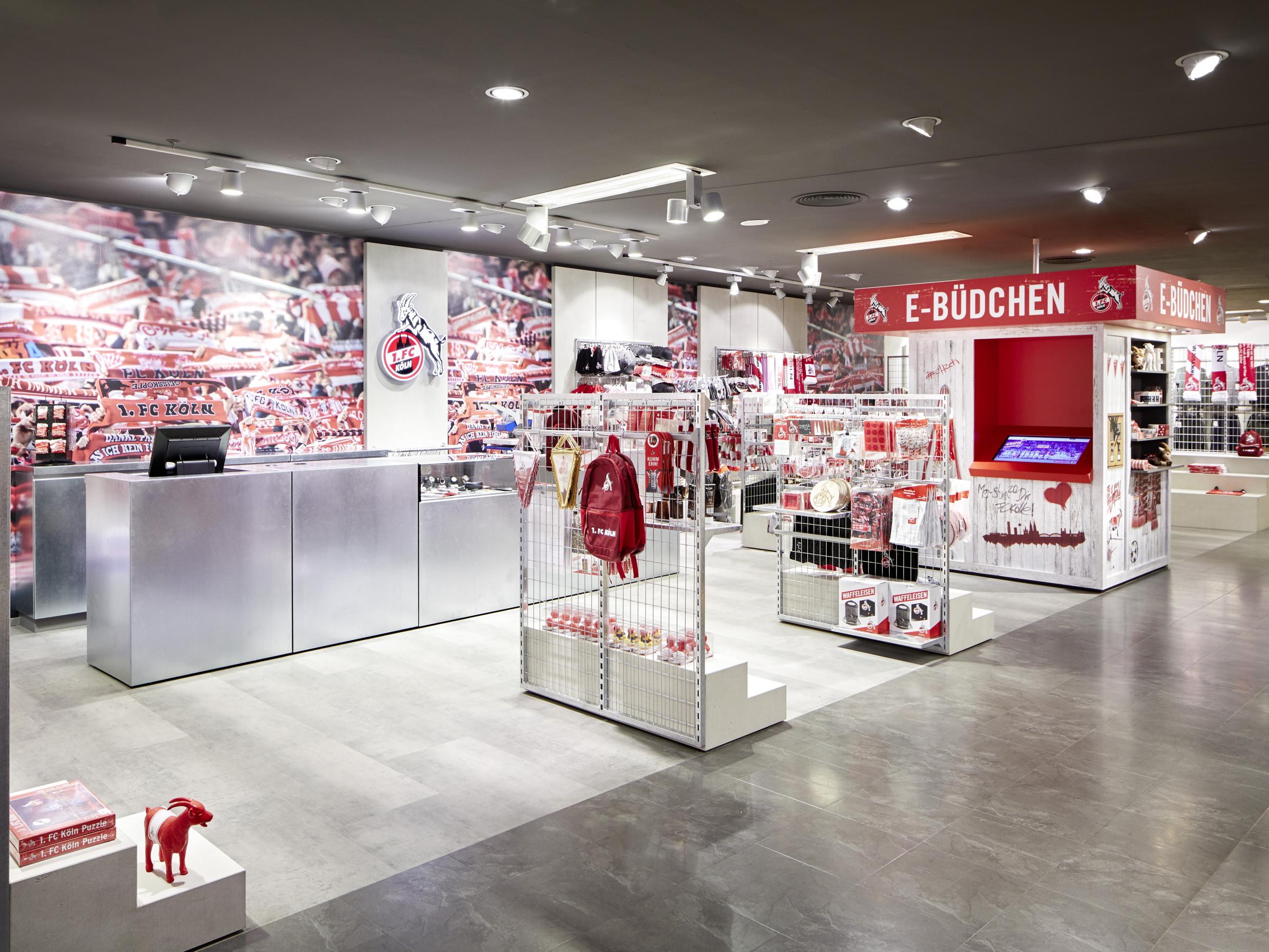 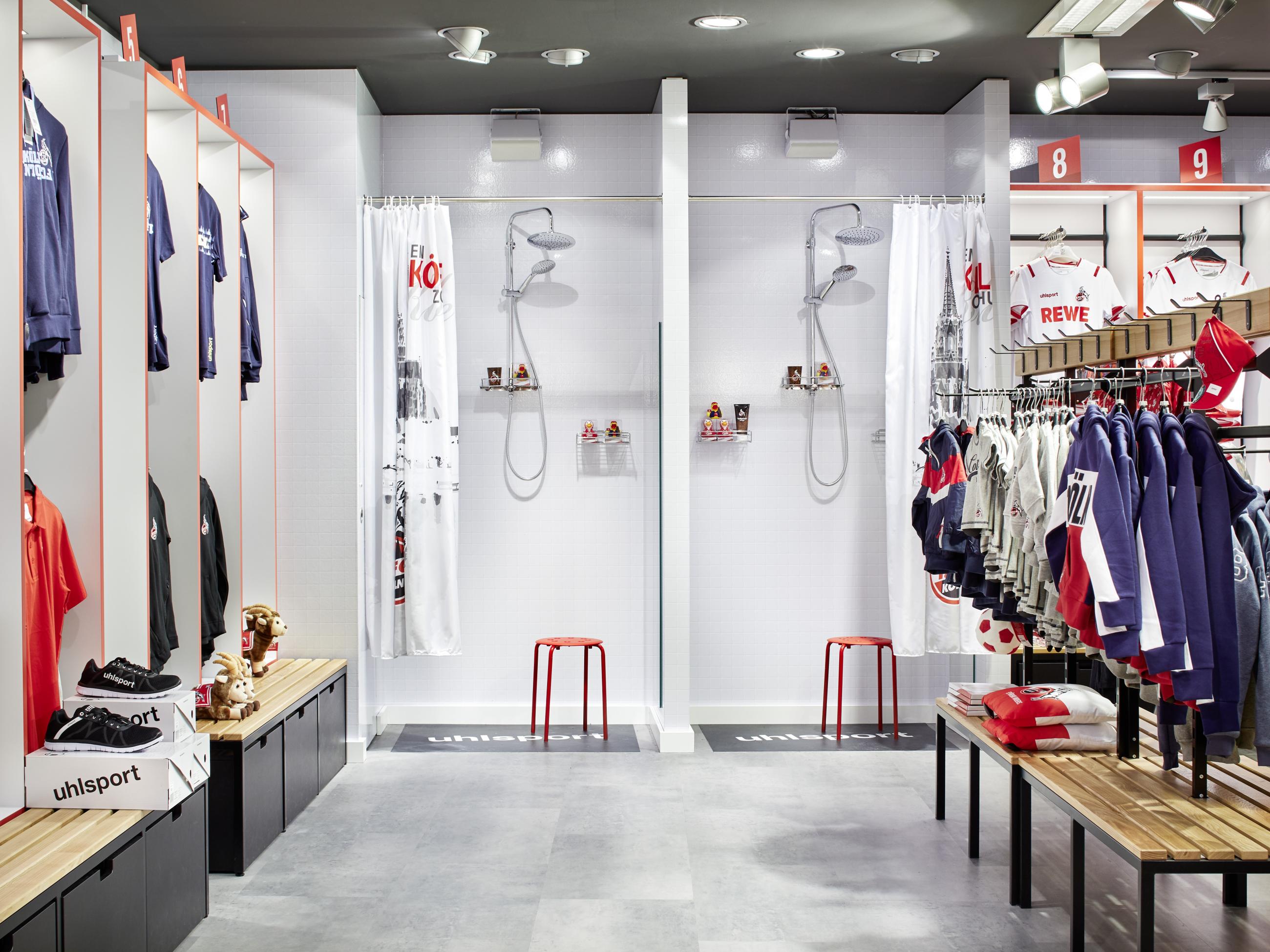 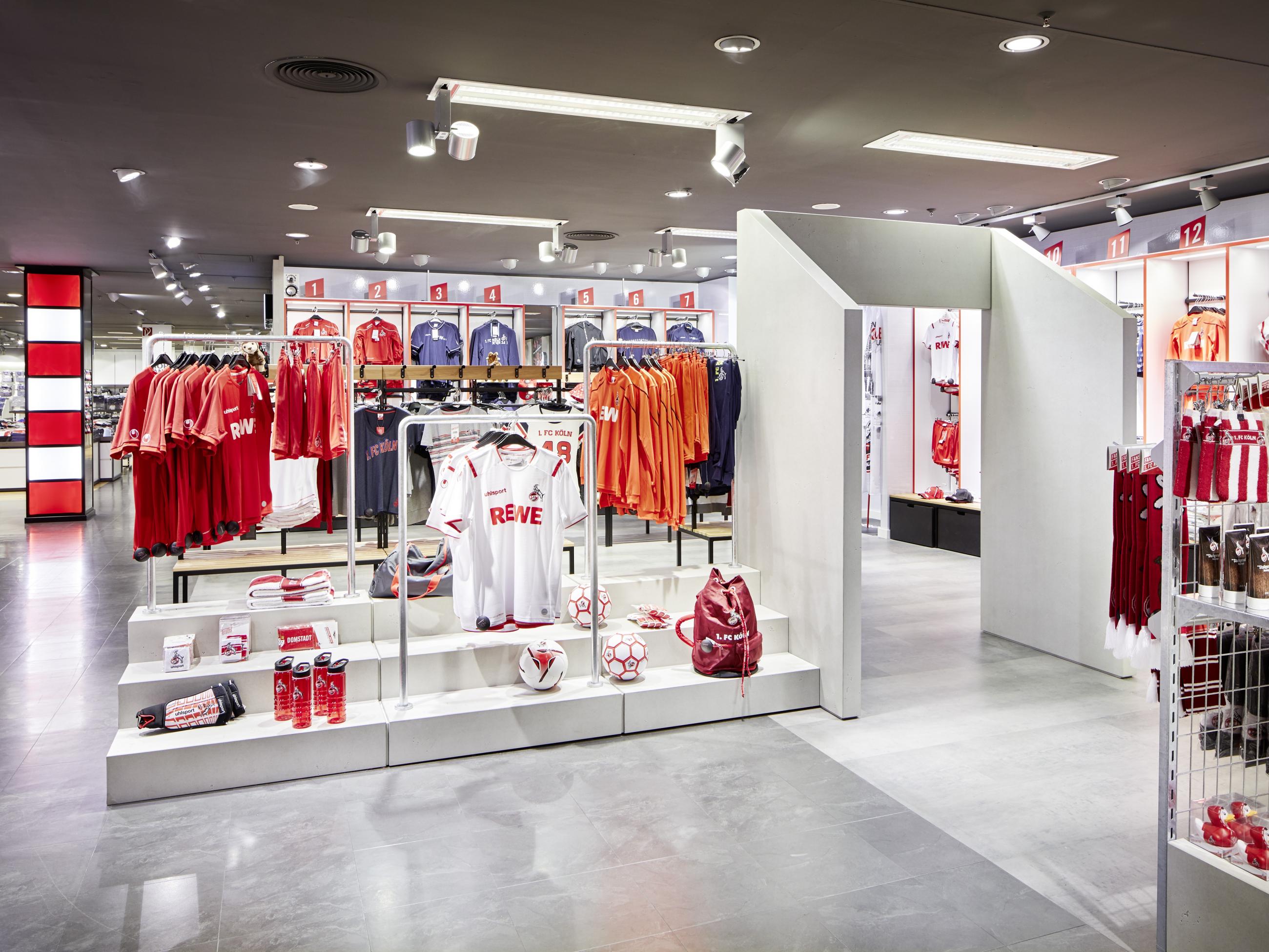 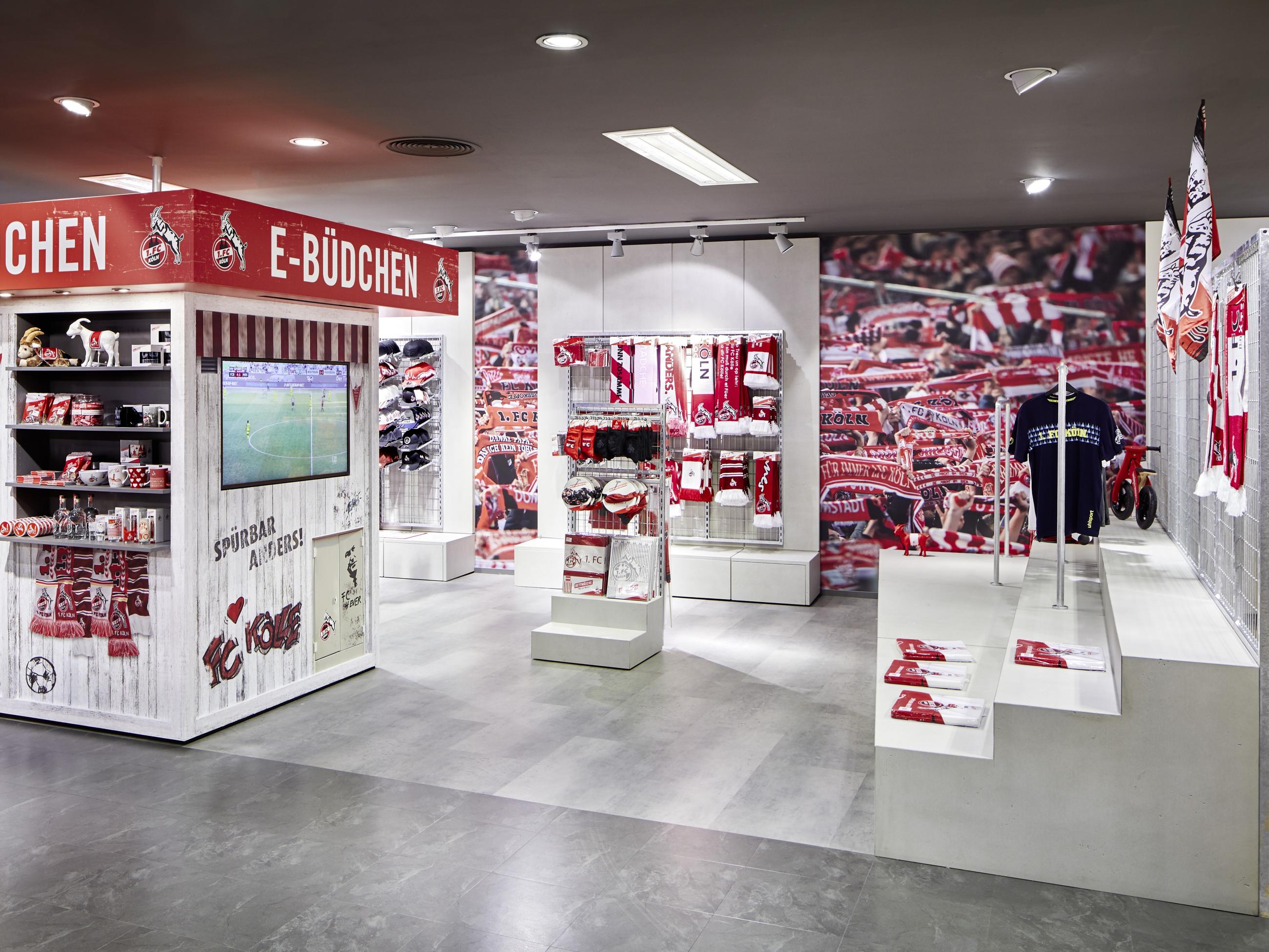